In respect to the IVA-2, malingering is defined as deliberately making test responses that feign impairments of attention or response control for personal gain. Published research has found that individuals who malinger on this test produce extreme quotient scale scores. Such intentionally impaired scores result from an excessive number of omission, commission, or idiopathic response errors. This pattern of response errors is rarely observed for individuals who have been diagnosed as having ADHD, unless they have severe to extreme ADHD symptoms or other significant cognitive deficits. Nevertheless, the determination of malingering requires that a clinical decision be made by the examiner. In most cases, additional tests of malingering will need to be administered in order to accurately identify its occurrence.

The Malingering Analysis provided in the IVA-2 is useful in cases where the examiner suspects the possibility of malingering. While this analysis helps the examiner identify possible malingering, it needs to be kept in mind that a person with extreme attention and/or response control problems may have such impaired scores that he or she looks like a malingerer. Also, random responding may lead to malingering being suggested as a possibility in this analysis. Since, it would be very rare for an individual under the age of 13 to malinger, no Malingering Analysis is available for children who are twelve years and younger. The strength of the IVA-2 Malingering Analysis lies in the fact that most “normal” adults make very few errors in their responses to the IVA-2 test stimuli. Thus, if an individual is consciously trying to “look bad” for some ulterior purpose or personal benefit, his or her standard scores are likely to fall in the very extreme range, well beyond the impairment level usually found in the IVA-2 test scores for adults who truly have ADHD or mild traumatic brain injury.

In addition to the two global scale score combinations indicative of possible malingering, additional cut-off scores suggestive of malingering have been identified for Comprehension and Vigilance primary scales when either their visual or auditory quotient scores were six or more standard deviations below the mean (less than or equal to 40). The Prudence auditory and visual scales were also identified to suggest possible malingering when either quotient test score was three or more standard deviations below the mean (less than or equal to 55). These additional primary scales are included in the malingering interpretation for reports only when at least one of the two IVA-2 global scale indicators of malingering are positive. In that case, these scales provide additional markers that the examiner may want to include in their assessment of possible malingering. As always, the evaluation and determination of malingering is a clinical judgment and will generally be based on a comprehensive evaluation, additional tests of malingering, and the examiner’s clinical observations regarding unusual test taking behaviors and patterns throughout the evaluation. 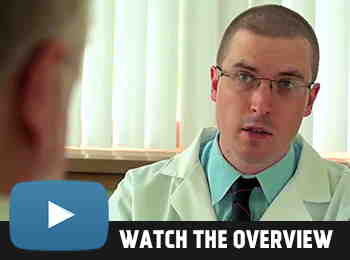 Purchase in our store

There are a number of different telehealth audio/visual connection services available for use in providing testing and intervention services remotely. These include:

Zoom (Zoom HIPAA Docs) Doxy.me
Skype for business
Thera-link.com
Sprucehealth.com
These services vary in features and ease of use. A review of three services is available here:  https://www.apaservices.org/practice/business/technology/tech-column/telehealth-solutions

Why a Test is Needed

Making a clinical diagnosis of ADHD can be quite complex. In some cases, ADHD may be confused with some other disorder, poor motivation during testing, malingering, or other psychosocial factors that do not pertain to ADHD (i.e., false positives).In these cases the client could potentially receive inappropriate treatment. In other cases, there is a risk of false negatives, which could delay necessary treatment. Recent research found that almost 50% of individuals with ADHD are never treated and remain undiagnosed. The accurate diagnosis of ADHD warrants a comprehensive and thorough evaluation. The IVA-2 helps clinicians in their diagnostic decision making process, providing them with quantifiable data for them to consider as a component of their comprehensive evaluation.

All of BrainTrain’s test products are HIPAA compliant. Databases are always encrypted, and users can also add their own password protection. In addition, for clinic and hospital settings, a test administrator can be set up. All important test activities are logged. Individual test records can easily be de-identified as needed. No test data are saved offsite or on the internet; the test database is encrypted on your PC system.

The IVA-2 language option allows the examiner to administer the test in English, Spanish, Chinese, Swedish, French Canadian, or Japanese. If any of these languages is selected from the IVA-2 language option screen, the written and spoken test instructions and test stimuli will be presented in that language. The translations have been carefully prepared and recorded by native speakers. The Chinese translation includes the options to administer it in Cantonese, Mandarin or Taiwanese dialects using either Traditional or Simplified text. For Spanish or Swedish, the ADHD Rating Scales will also be provided in the selected language. The rating scales are available both online and in printed format.

The IVA-2 language option also makes it possible to present the IVA-2 test stimuli (but not the instructions or the rating scales) in any of the following additional languages:

When administering the test in any of these languages, the examiner can silence the spoken instructions, then translate them for the test taker as needed.

For researchers, a Researcher’s Tool Kit is available for purchase that allows the export of data for in-depth statistical analysis or research studies. For more information, please refer to this document

Please note that in accordance with the Standards for Educational and Psychological Tests, IVA-2 is available only to professionals who meet Level B psychological testing guidelines. To use IVA-2, you must meet the following minimum criteria:

BrainTrain requires verification of your qualifications for purchase of the IVA-2.

Your computer must meet the following system requirements to use the IVA-2 testing system.

This website uses cookies to analyze traffic and for other required purposes. No information is collected or shared with others for advertising or marketing purposes.